Investor Michael Steinhardt and an un-named partner have bought two former stock exchange buildings, 22 Thames Street and 86 Trinity Place. 86 Trinity Place will be converted into retail space topped by a 174-room boutique hotel. 22 Thames Street is a 10 story building in the Financial District. The building spans 89, 840 square feet of space. Erected in 1900, the beautifully detailed building contains a rich history and was considered for landmark designation, but unfortunately was not landmarked. After over 100 years of rich existence, the new owners plan to tear down the building at 22 Thames Street, the more expensive, historic, and beautiful of the two buildings, and replace it with a 60 story luxury New York rental building.

22 Thames has a rich and documented history as a stock exchange building, and is also the subject of a famed photograph. After almost a decade in France, American photographer Berenice Abbott returned to New York in 1929 to find it transformed into a modern mecca. When the Works Administration was established shortly thereafter, she was hired to document the city, and produced a number of dramatic images reflecting the changing face of the city. In 1938 she photographed 22 Thames Street, the photograph is titled "Vista: Thames Street, No. 22, Man."

All that is currently known about the New York rental that is set to be erected at the site is that it will be 60-stories tall, and contain an elevator and doorman. It is located in the Financial District on the edge of Battery Park City which has many green spaces and offers plenty of options for dining, shopping and nightlife. It is also near the Civic Center, Wall Street, Governors Island, Liberty and Ellis Islands, and Tribeca. 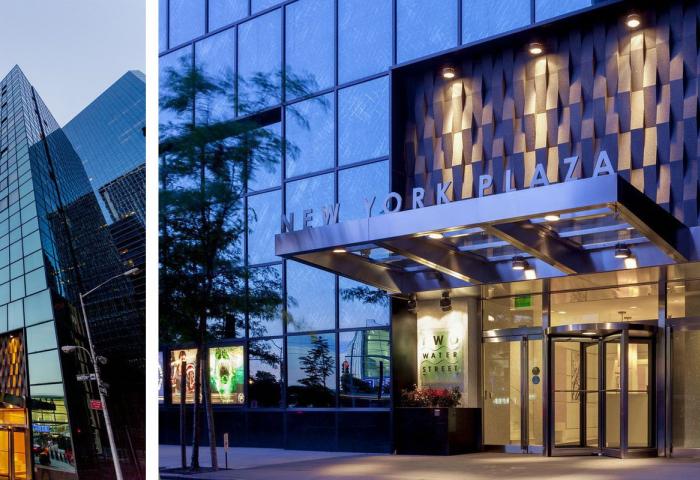 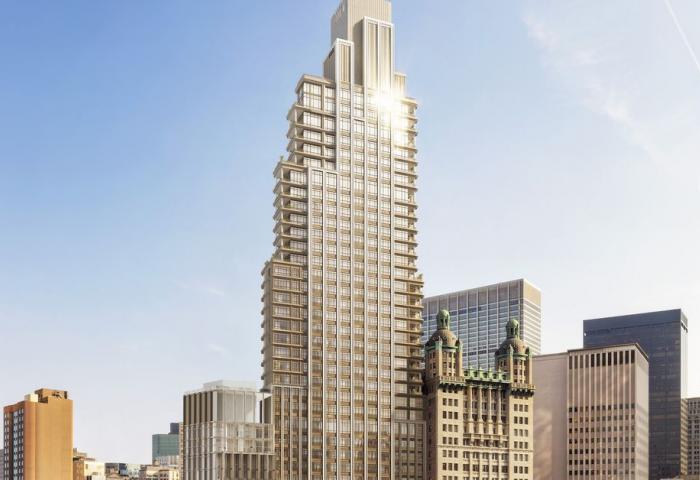 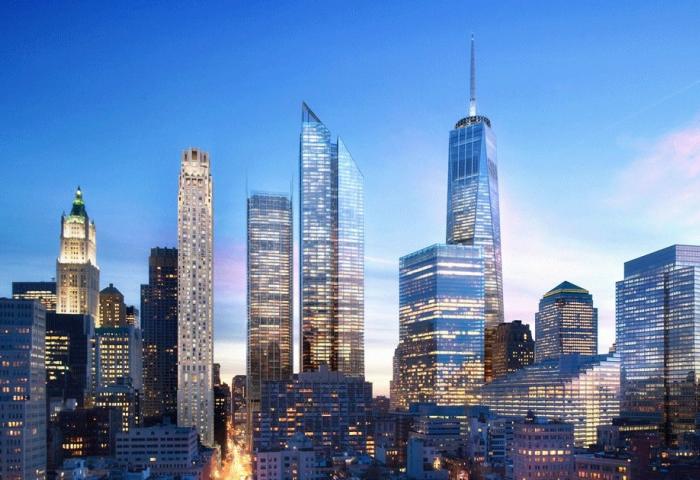