With marble kitchen trimmings and newly renovated marble bathrooms, the apartments located at 145 Spring Street are popular with SoHo residents. The windows in the building are oversized, allowing for ample natural light to pour into the apartments. The building also features hardwood flooring throughout the apartment space.

The exterior of the building isn’t much to look at, but the neighborhood is really great. The apartments are located on Spring Street, right in the heart of SoHo. They are just a quick walk to the trains on Broadway. The area is famous for cast-iron architecture and the lower Manhattan Expressway. Residents of 145 Spring Street will appreciate the areas rich blend of culture, with local access to shopping, dining and more. There are also many convenient subway entry points throughout the neighborhood.

The location isn’t the only amenity offered to residents of 145 Spring Street. Like many NYC apartments the building features an attended lobby. There are also a number of outside staircases, climbing up the building, in order to help residents escape any fires or other disasters. This design feature is typical of many of the pre-war buildings in SoHo. With only eight floors, and five apartments an added bonus is the building will never be jam packed with people. 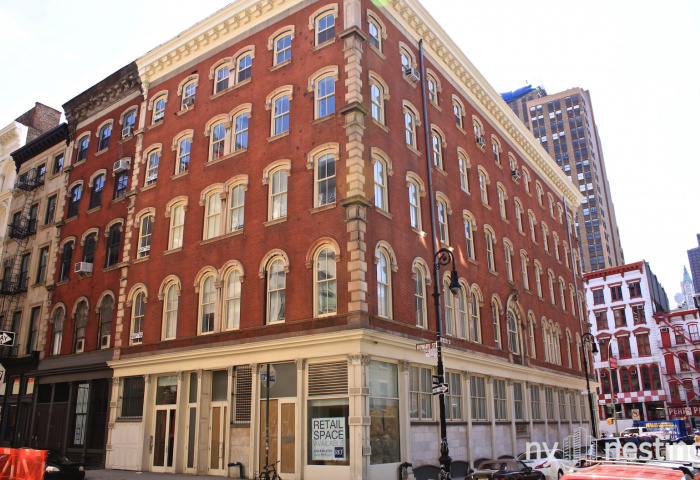