Located at 60 Collister Street, the American Express Carriage House, also known as Sixty Collister, was originally build in 1866 and expanded in 1898. The building originally housed the stables of the American Express Company and was used to deliver packages and telegraphs via American Express Stagecoaches. The American Express Carriage House was painstakingly restored and carefully preserved. For example, the pine wooden joists from 1898 were restored and reused in the flooring of the new lofts. Many original elements of the building have been worked into the current interior design and artworks, such as historic signs, stonework, and piping, combining prewar charm and elegance with modern conveniences, such as a building doorman.

The 5,000-square foot corner loft duplex has a private entrance on Hubert Street and combines the best of the old and new. Many original architectural details were maintained in the renovation and restoration, including exposed brick walls, original Porte-Cochere doors, wood lintels, bamboo floors, original restored joist wood beam ceiling, and cast iron pillars throughout. The main floor features an open layout with sixteen-foot ceilings. An expansive 60' living area hosts a dramatic raised formal living/dining room as well as an open kitchen. The kitchen features white high-density lacquer cabinets, a Wolf six-burner gas range and oven, a Sub-Zero refrigerator, and a Franke sink and fixtures. The residence has a master bedroom with an en suite bathroom, and two additional bedrooms, each with private bathrooms. The bathrooms feature Duravit sinks and toilets, Waterworks soaking tubs, and Hansgrohe fixtures. The central simple steel and wood-beam staircase is crowned by a gorgeous modern light fixture and leads you to the lower floor, which can be finished to specifically meet your needs. There is plenty of space for a media room, gym, game room, or even a swimming pool.

The American Express Carriage House is a new development located in Tribeca, one of the city's most coveted neighborhoods. The area underwent a large-scale conversion from industrial and retail space to residences. The hip and trendy area is well known for its art galleries and eclectic shopping. 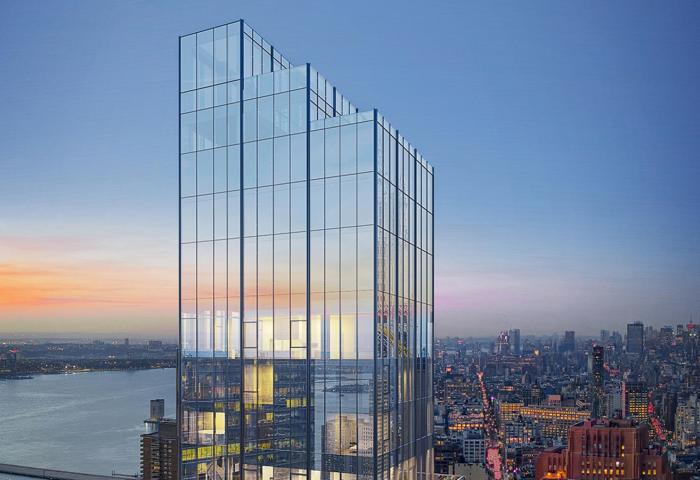 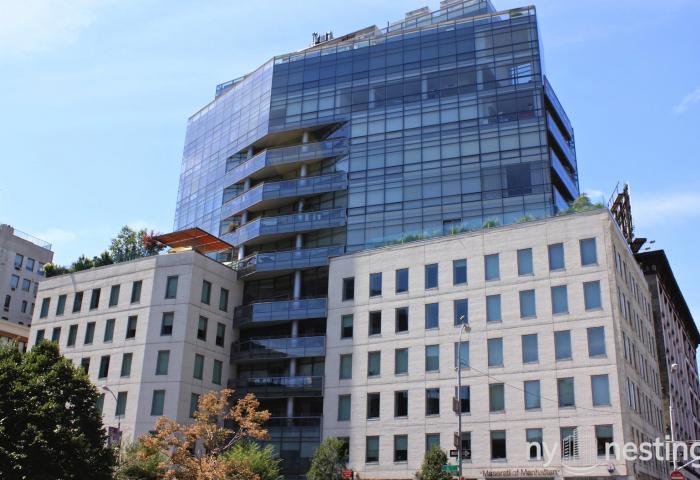 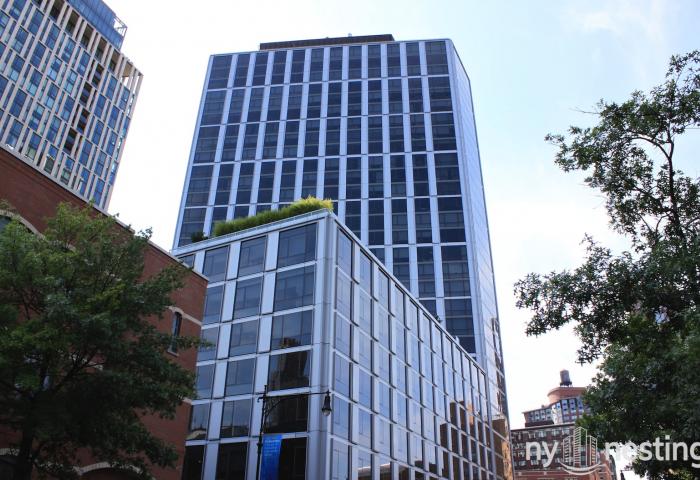