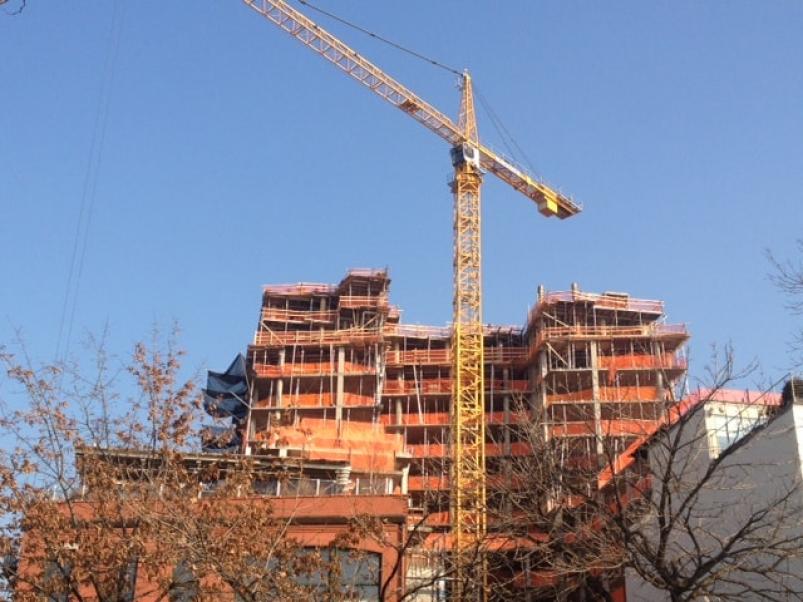 The typically deserted west end of Charles Street was abuzz with activity Tuesday afternoon. The ginormous construction site that is slowly being developed into the very plush, very exclusive 150 Charles Street was on display for a horde of onlookers in hard hats who’d come to celebrate the building’s topping out.

At fifteen stories, it’s hardly what you’d consider a lofty height—at least by Manhattan standards. But for the West Village, the bedrock of landmark preservation and modest rooftops, 150 Charles Street is quite the anomaly. Fortunately, it will have Richard Meier’s trio of ultra sleek condominiums right next door to help it blend in. Together they will make a striking cluster of residential high-rises along Hudson River Park.

This exclusive address will house 91 units, a 75-foot lap pool, fitness center, and stellar views of the river and Freedom Tower. Like The Greenwich Lane, a similar luxury residential going up just around the corner, 150 Charles Street will convert and build upon the existing structure on the site. In this case it’s the Whitehall Storage building, which was purchased by the Witkoff Group in 2004 for $85 million.

Although the project received an onslaught of criticism from West Village residents during the planning phase, those troubled days are now long gone. Many in the area felt the width and height of the structure would block the sun from the surrounding buildings. One neighbor even went so far as to release an 11-minute YouTube video dramatically titled “Rape of the West Village” in which he slammed the Witkoff Group and described the project as “an assault on the city.”

With all the units now sold, however, and construction in full swing, 150 Charles Street is well and truly on the home stretch. To the great delight of developers, sales for the multimillion-dollar building have been a roaring success. By summer of this year, all ninety-one units were in contract. The sales team confirmed that the majority of buyers were local and that the lucky owners are on schedule to take up residency in early 2015. 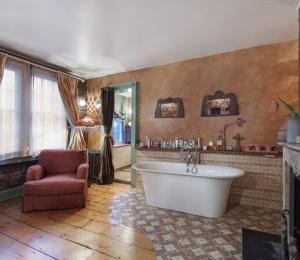