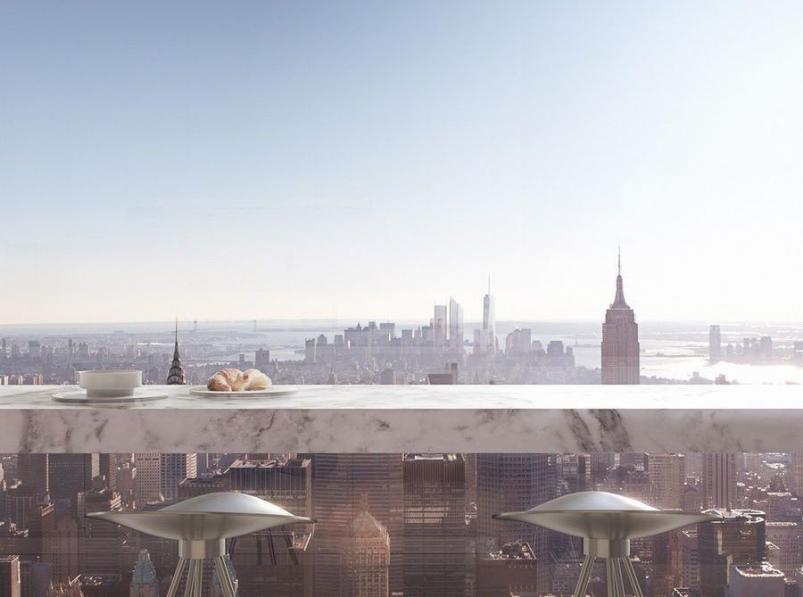 The demand for ultra-luxury apartments has never been as high as it is right now. Only a few days ago we reported the unveiling of the buyer of a $90 million penthouse at Extell’s luxury tower, One57. Today it’s 432 Park Avenue’s turn to report a record-breaking deal.

The 8,255-square-foot, six-bedroom penthouse with its helicopter views went into contract for $95 million ($11,508 per square foot). The buyer will be able to brag about living in the tallest apartment in the western hemisphere, easily surpassing One57. Congratulations!

The building is being developed by the Los Angeles–based real estate
investor, CIM Group, in partnership with the New York–based developer, Macklowe Properties. It hit the market in March and has already generated roughly $1 billion in apartment sales contracts. When all 126 apartments are sold out, it will have generated $3 billion in sales. The total cost of the building is expected to be $1.25 billion, which will generate $1.75 billion in profit once the apartments have sold through.

Rafael Viñoly, the architect of 432 Park Avenue, told the New York Times that there are only two markets in New York City: ultra-luxury and subsidized housing. We think that’s highly exaggerated, but the numbers and the demand for ultra-luxury apartments do show that the gap between rich and poor in NYC is increasing. There might be a little encouragement in the fact that the cheapest unit in the building, a 351-square-foot studio, is available for “only” $1.59 million ($4,530 per square foot).

Curbed was lucky to get two floorplans and a pricing table from a tipster. Take a look: 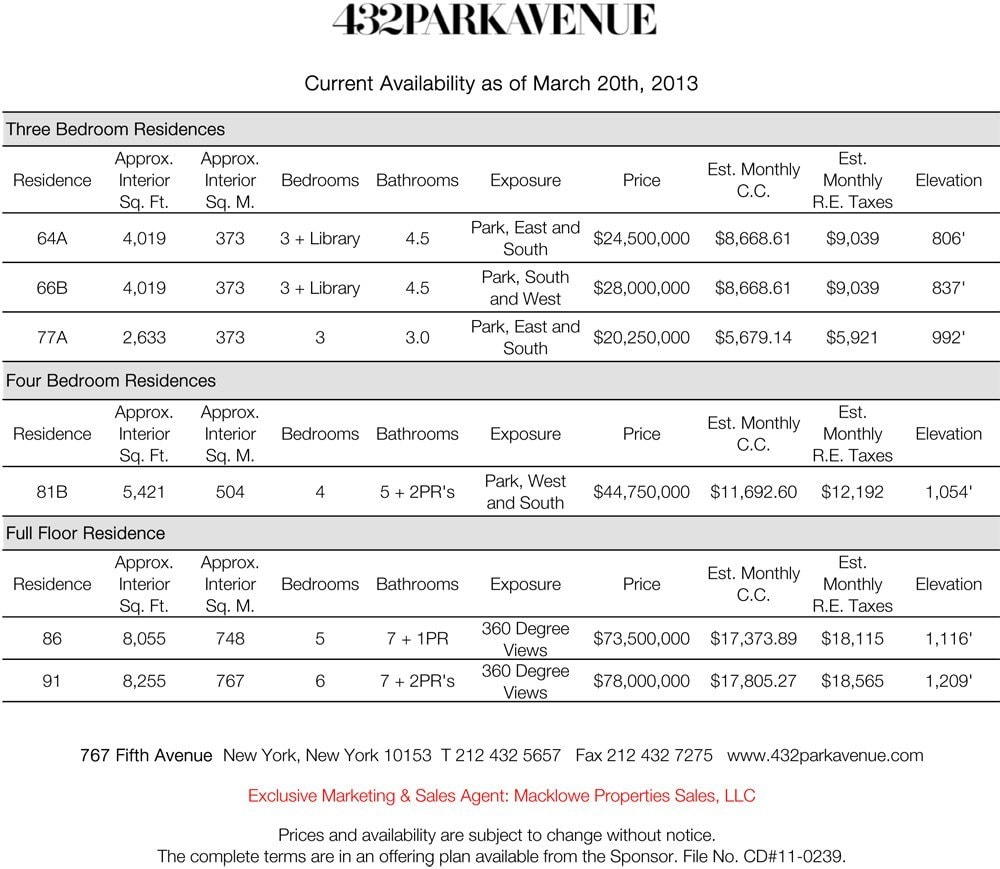 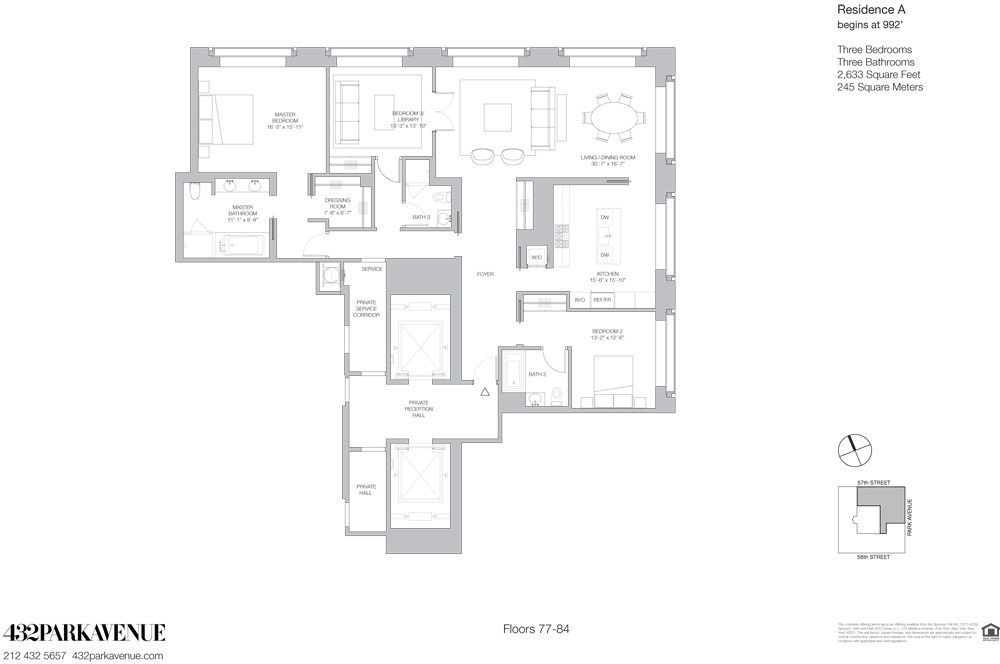 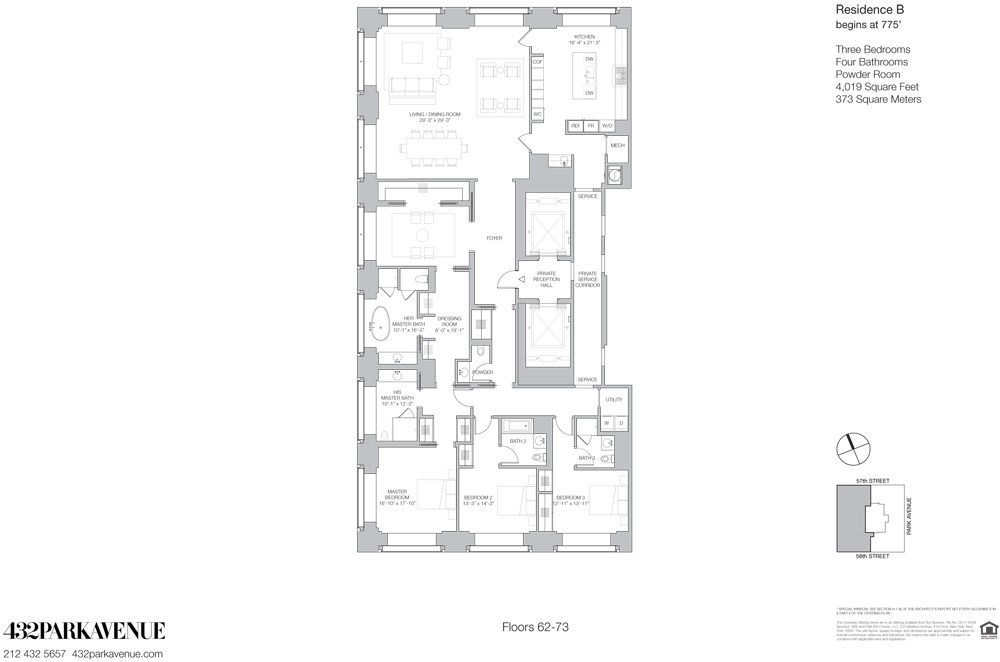