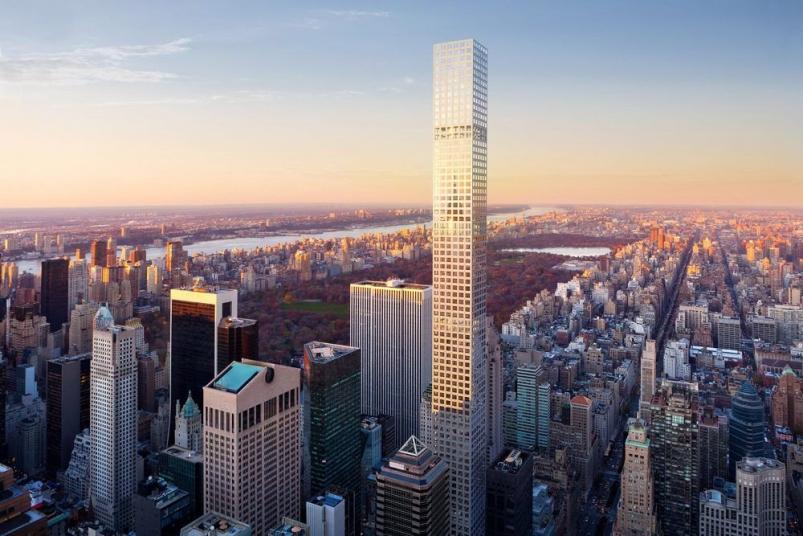 The tallest residential building in the western hemisphere, set for completion in 2015, is hitting the market with record-breaking prices. The 126 new apartments will rake in a combined $2.7 billion—a sum that has never been reached before. This amounts to an average of $6,742 per square foot. It is the third time 432 Park Avenue has increased its price forecast; the last prediction was set at $5,941 per square foot.

When this superscraper is completed, it will enjoy a total height of 1,396 feet (425.5 m), making it America’s second tallest building. Surpassing the new One World Trade Center building, it will measure 1,368 feet (417 m) from ground to rooftop. Only Chicago’s Willis Tower (formerly the Sears Tower) is taller at 1,450 feet to its rooftop. The exterior will feature 1,800 glass windows, each measuring roughly 10’x10’.

The current apartment prices range from $20 million up to $82.5 million. The penthouse will hold the title of America’s highest residential space (not a bad feature to show off!) boasting six bedrooms in 8,255 square feet. A third of the units are already under contract, and most of these are with New Yorkers. Avi Shemesh, a CIM founding principal, said “When you have people from New York buying, it validates the building.”

Until 432 Park Avenue is completed, Extell’s One57, known for its Hurricane Sandy crane incident, remains the city’s tallest residential tower with a height of 1,004 feet. One57, which has an average asking price of $6,000 per square foot, has sold about 70 percent of its 92 units. Construction on One57 has been almost completed and the building is expected to open by the end of this year.

Update: A photo of the construction site 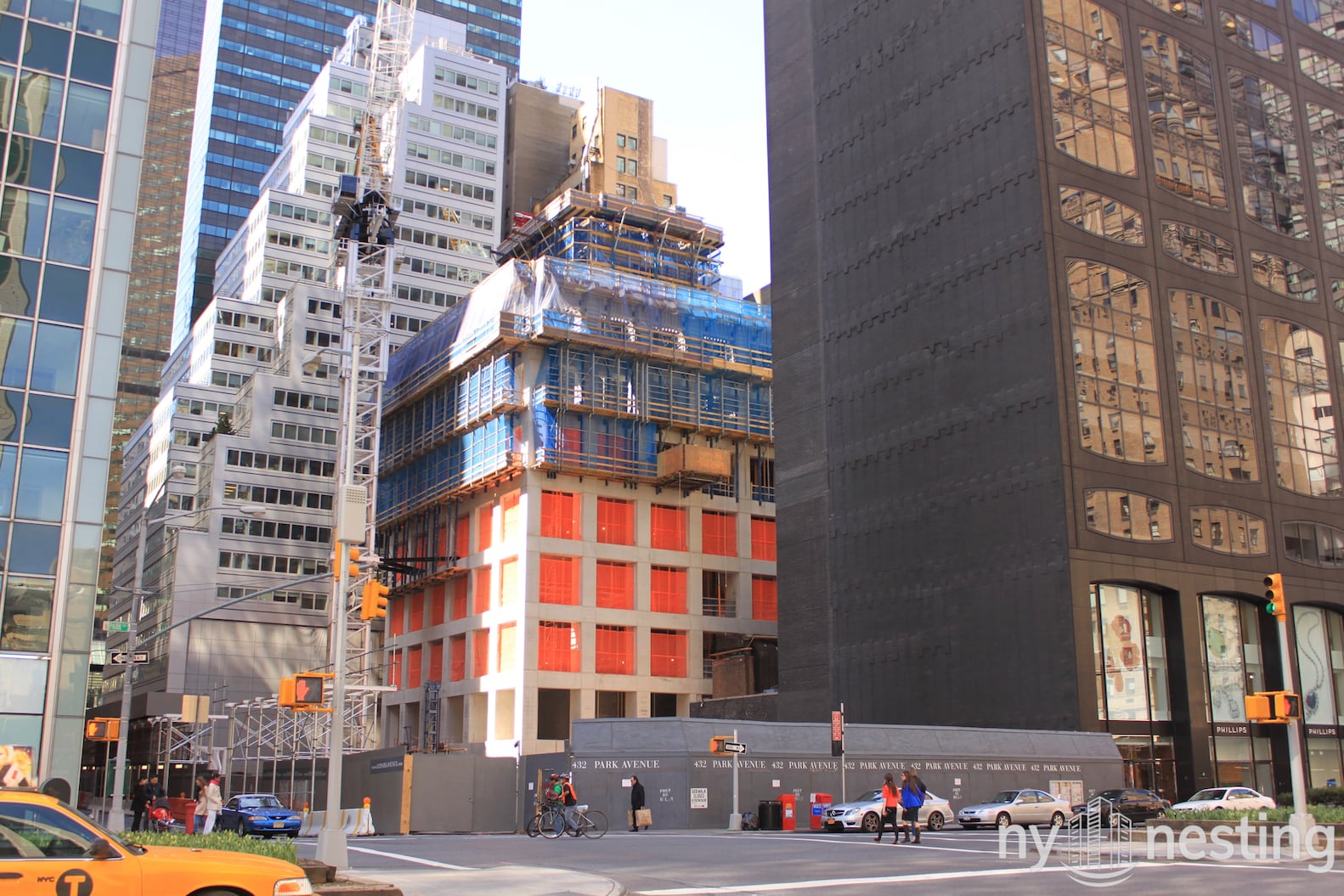