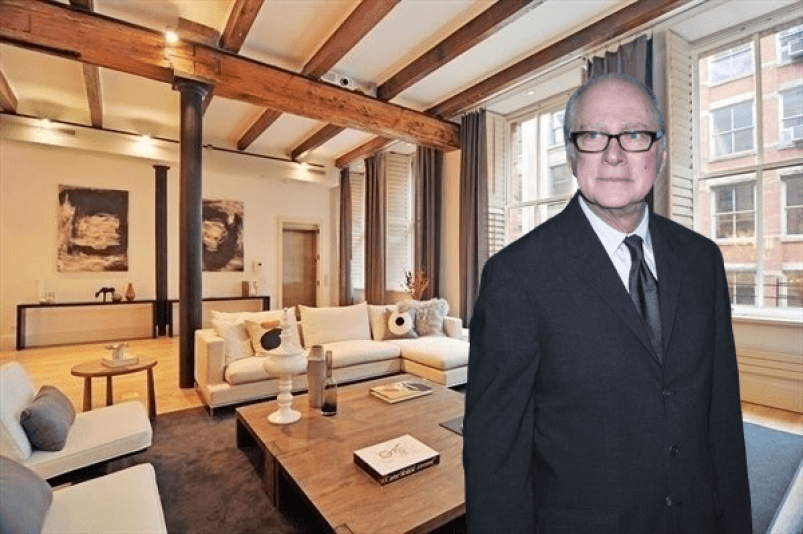 “Rainman” director and Oscar-winning filmmaker Barry Levinson, who is currently filming his new horror flick “The Bay”, which sees a bucolic Chesapeake Bay town overrun by a breed of pollution-mutated parasites, has purchased a three-bedroom Soho loft at 104 Wooster Street for $5.65 million.

The loft has three bedrooms, three bathrooms, 3,093 square-feet and an incredibly large living room, perfectly shaped for parties. The apartment has exposed steel beams, which are very prominent in the whole apartment and includes its own private elevator landing, as well as, Can you beleive this? 13-foot ceilings. It was listed for $5.95 million.

The 6-story cast-iron building was built in 1891 and offers great privacy as it has only 8 units. The minimalistic, neutral façade is a little deceptive as to the the quality of the amenities and apartments. It offers its residents a fitness room, private storage, a screening room, as well as video security and fireplaces.

Barry Levinson lives in Connecticut with his family and will use the apartment as a pied à terre. Barry is currently working as executive producer on “Phil Spector”, a TV movie starring Al Pacino in the lead role.