Breaking: Crane of One57 Collapses 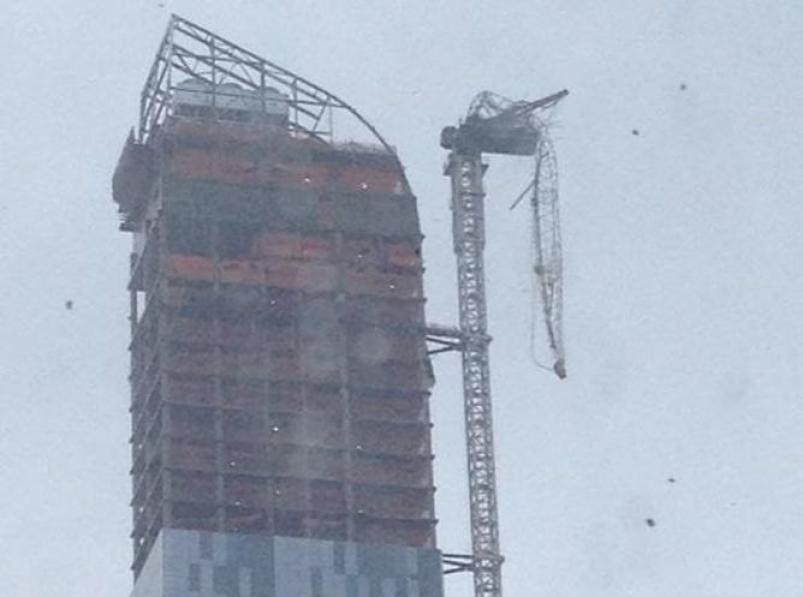 The crane attached to the top of One57 has just collapsed due to increasing winds from hurricane Sandy. We reported an hour ago that construction sites might be in danger. Major winds from Sandy haven’t even hit NYC yet and more destruction can be expected. The broken crane is hanging down the side of building, while people watch the scenario in disbelief. We'll keep monitoring the area and report once updates come in.

One57 is a 90-story (1,000 feet high) luxury tower under construction, scheduled for completion in 2013. The tower is known as the "billionaire's club" as it already has attracted many of New York’s most wealthy to it. Apartments up to $90 million have been sold so far. The building is developed by Gary Barnett's Extell Development.

The storm is expected to hit land sooner than expected. It should hit between 5pm and 6pm.

Some facts about One57:

Update 1: The developer Gary Barnett just told the Observer: “We’re doing everything we can, and hopefully no one is going to get hurt.” 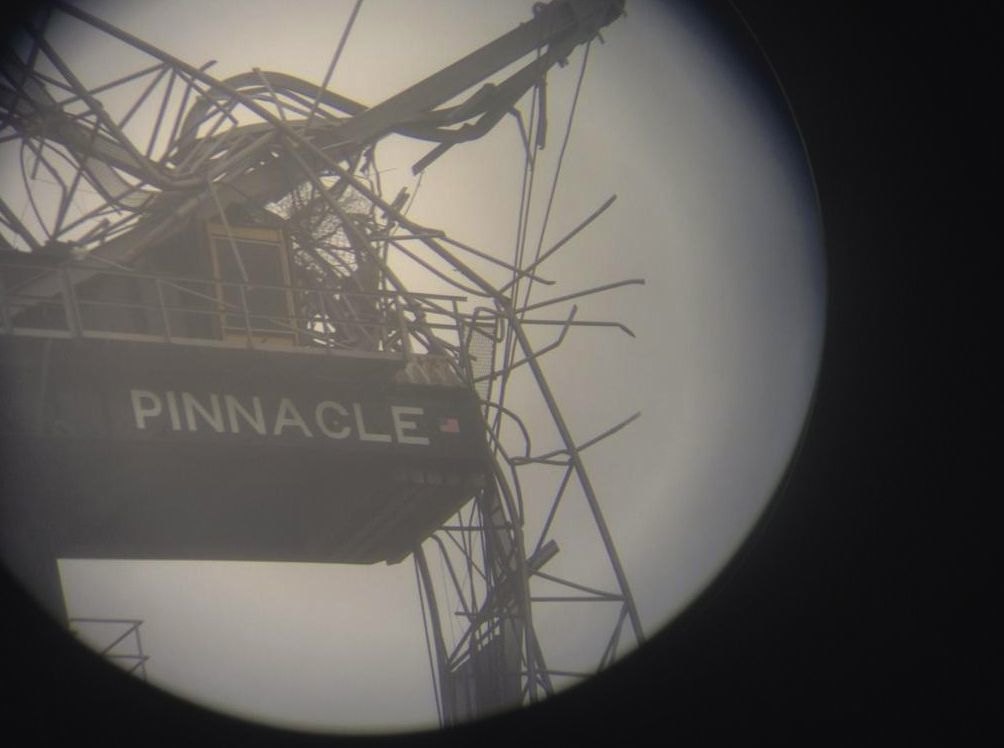 Update 3: A picture of the crane before the collpse

Update 4: 57th street between 6th and 7th avenue has been evacuated.

Update 5 - 8:20pm: Steam and gas has been shut off surrounding One57. The crane is still dangling.