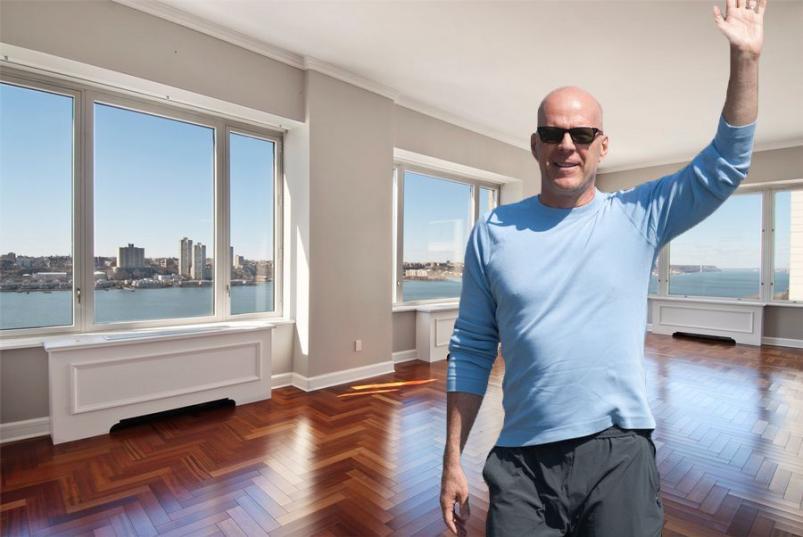 It seems that Bruce Willis’s old luxury Upper West Side Trump Place condo, which caused him such a loss when he sold it just two years ago, was unloaded onto yet another buyer, but this time for a substantial profit.

Willis, who purchased the 220 Riverside Boulevard property for around $4.2 million in 2007, sold the five-bedroom condo in 2011 to Joseph and Maria Lucania for a little less than $4 million. This caused him a reported $360,000 loss on the sale. We know he can afford it, but still that must have really stung.

The place has now been bought from the Lucania couple by Sanjay Motwani, the Iraq-based president of Sansar Capital Management, for $11.5 million. Yeah, the Lucanias made a profit off the Willis pad, and a rather nice one too! It makes us wonder how much the Die Hard star could have gotten if he had held onto it a little longer.

The sprawling 2,318-square-foot, three-bedroom, three-bathroom condo is quite impressive with its 11-foot ceilings, an 85-inch plasma TV included in the deal, and marble-laced en suite bathrooms.

Roughly six months ago Willis purchased a co-op inside the El Dorado for $8.695 million.