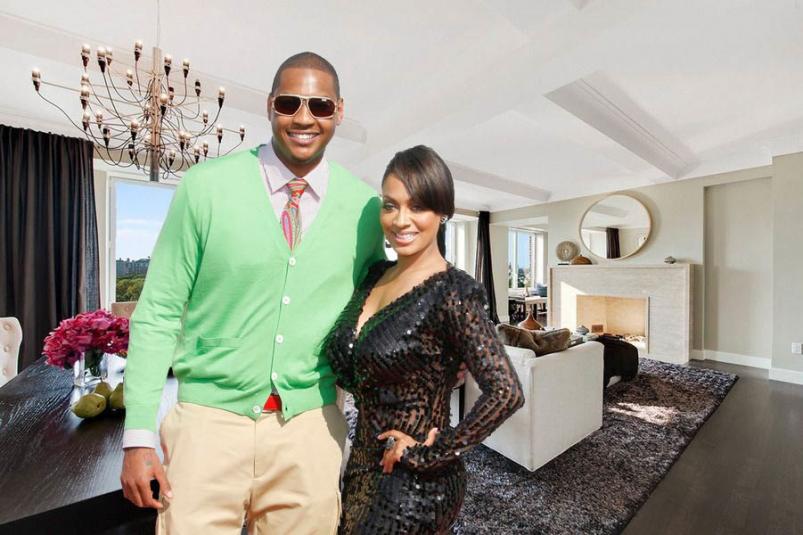 Their new luxury apartment on New York City’s Upper East Side is located at 1212 Fifth Avenue right across from Central Park and a block away from the heralded Museum of the City of New York. This love nest boasts 4,022 square feet (which is to be expected from a celebrity couple, right?), five bedrooms, and the convenience of four and a half baths. The library, living room, and dining room all deliver great views of Central Park. Even more important than the size of the apartment is the height of the ceilings. It only makes sense that the super-sized, six-foot-eight basketball pro would pick an apartment with 10-foot ceilings.

The couple chalks up $29,000-a-month for this great pad, which was bought by Bank of America executive Fares Noujaim. It’s in a building that was built in 1925 and newly converted into condominiums in 2011. It has a wide range of amenities—though no basketball court. If he wanted one, Melo could have rented a pad inside Miraval Living just a few blocks down along the Eastern River. Still, 1212 Fifth Avenue offers great amenities—a children’s playroom, Cardio Theater, yoga studio, Pilates studio, and, of course, a fitness center.

Looks and sounds like the perfect pad for a recently reconciled celebrity couple.