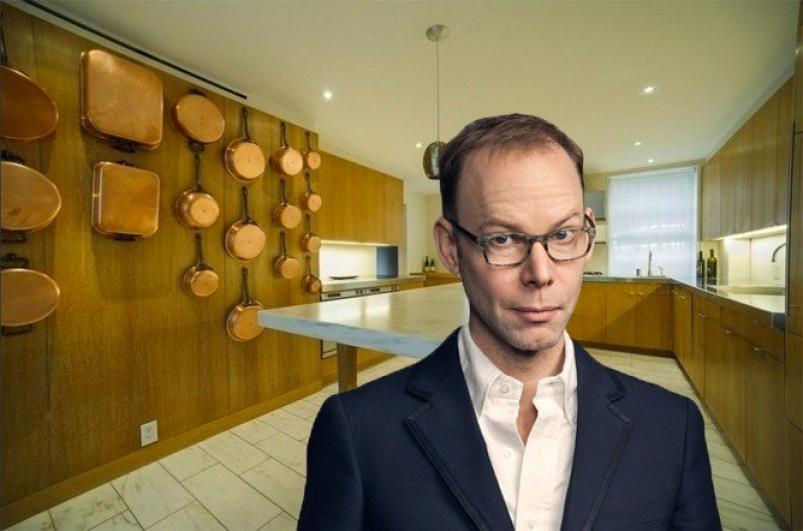 Steve Ells, Chipotle’s founder, co-CEO and Chairman has listed his completely redesigned West Village townhouse for $16.5 million. The 5,000-square-foot Greek Revival house located at 92 Jane Street underwent an extraordinary renovation, transforming the rear façade installing super modern floor to ceiling windows, and in turn building up walls around the garden for 100% privacy. Ells purchased the townhouse right after its transformation into a minimalist-modern-palace in 2008 for $13.4 million.

The landmarked 24’ wide pre-war building was built in 1858 and has five floors, four bedrooms, two family rooms/libraries, three baths and two half baths. It also has four active wood burning fireplaces, a wine cellar and views of the Empire State Building from the rooftop terrace. There are as many fillings as a typical Chipotle burrito.