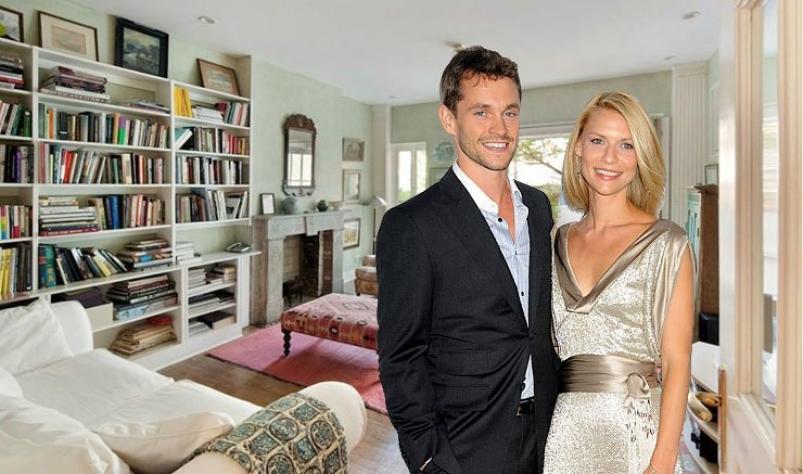 The American actress Claire Danes and British actor Hugh Dancy have just picked up a townhouse in the Greek-revival style at 19 Downing Street for $6.9 million. The couple sold their 3,861 square-foot loft in Soho for $5.85 million last November while Claire was pregnant. The reason for selling was that Claire wanted to move to a “larger and more family-friendly” home—and now we see what the “Homeland” star was looking for.

Their new home is located in a very quiet, low-traffic area of West Village with Washington Square Park just a few blocks away. So it looks like they found exactly what they were looking for.

The 16-foot-wide building consists of only one unit. It was built in 1885 and has 3,460 square feet. Checking the specs makes us wonder about the size. Claire said that she wanted to move into a larger space but the couple’s previous three-bedroom home had 3,861 square feet. Still, now they’re getting at least one more bedroom and lots of outdoor space. The townhouse has four to five bedrooms, four baths, and ceilings as high as 12 feet. The outdoor space is on three levels—a courtyard, a terrace off the library, and a roof garden with romantic Village views.

The seller, David Schaffer, a professor of child psychiatry, has tried to sell the townhouse a couple of times over the past few years. Nevertheless, he’s finally made a sweet profit. Mr. Schaffer bought the unit in 1990 for only $1.7 million. The sale nets him a profit of $5.2 million, or roughly 300 percent.

The Real Estalker spotted the transaction and this is the listing.