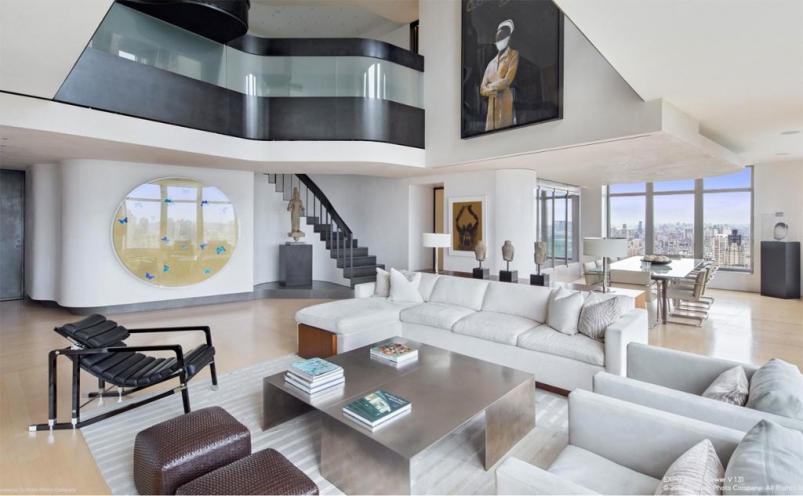 Goldman Sachs executive J. Michael Evans has sold his condo inside Park Laurel at 15 West 63rd Street for whopping $23.75 million. The penthouse, designed by Gwathmey, was sold just in the nick of time, right before the New Year. Well, it was most likely a wise decision in order to avoid capital gains taxes brought by the fiscal cliff.

The 40th- and 41st-floor duplex penthouse had been on the market for 16 weeks and was purchased by Mr. Evans in 2003 for $10.3 million. The apartment has 11 rooms, 5 bedrooms and 5 bathrooms, with just as many half baths. Why on Earth it has so many is anyone's guess. Maybe cleanliness really is next to godly-ness?  Mr. Evans used the 5,000-square-foot pad as a pied a terre and only occasionally stayed there.

The Park Laurel, built in 2000, has 53 units and offers its residents amenities like a fitness center, children’s playroom, laundry service and a 24-hour concierge.