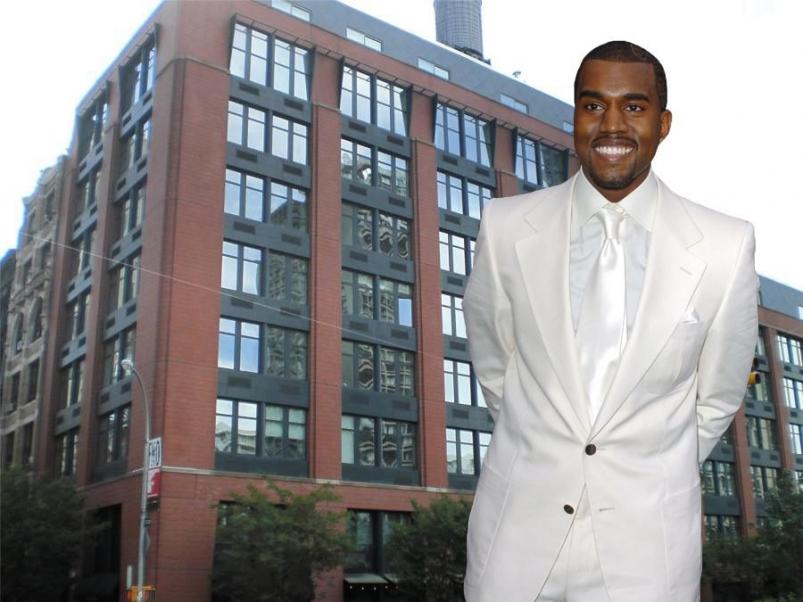 Grammy award–winning artist Kanye West is “secretly” selling his New York City digs at 25 West Houston Street for $4.5 million. Lovebirds Kanye West and Kim Kardashian flipped their $11 million Bel-Air mansion in February and have been seen mansion hunting in the Los Angeles area frequently over the last few days. On top of that, Kanye West obviously sees no need for maintaining a bachelor pad in the Big Apple.

While the apartment hasn’t officially hit the market yet, the New York Post reports that Kanye’s sales agent held an exclusive open house for a few of the city’s top brokers. We assume it’s just a matter of time until we see the apartment officially hit the market. In fact, it was put on the market at the end of April—for a few hours—but it was quickly removed. It looks like the agent, Corcoran’s Tamir Shemesh, was already preparing the sale back then.

No photos or floor plan has been released yet but one agent who had the opportunity to tour the apartment claimed that it is amazing, modern, and sleek. It has a walk-in closet with extensive space for shoes, and it has a long, slender bathtub-like basin just a few feet away from the bed. The apartment is supposedly very long and extremely narrow.

It’s reported that the Kardashian Wests currently reside in a $50,000-a-month rental in Los Angeles after each of them sold their original home right before selling their commonly owned $11 million mansion.