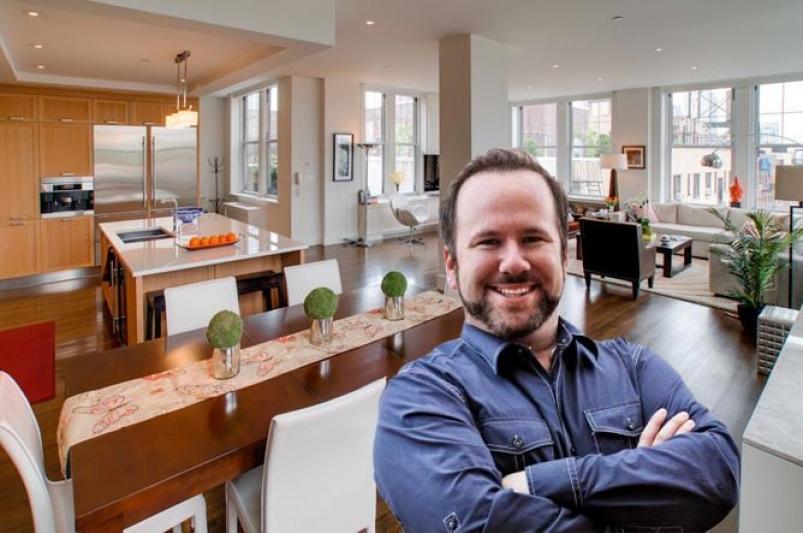 Never ever accept the first offer. That’s rule no. 1 in Brent Montgomery’s hit show “Pawn Stars”. Obviously the stars of the show were not the ones doing the negotiations for the purchase of a new condo that Mr. Montgomery recently bought as he only received 2% off the asking price, so much for practicing what you preach. The duplex penthouse inside The Olcott at 27 West 72nd Street has 2,772 square feet, 7 rooms and 3 bedrooms. It was on the market for 13 weeks and was brokered by the Corcoran Group.

The Olcott on Manhattan's upper West side was built in 1925 and converted to a condominium in 2006. It offers its residents a fitness room, bike room, nursery, cold storage and private storage.

Brent Montgomery is the creator of the TV show Pawn Stars and owns the New York-based production company Leftfield Pictures.