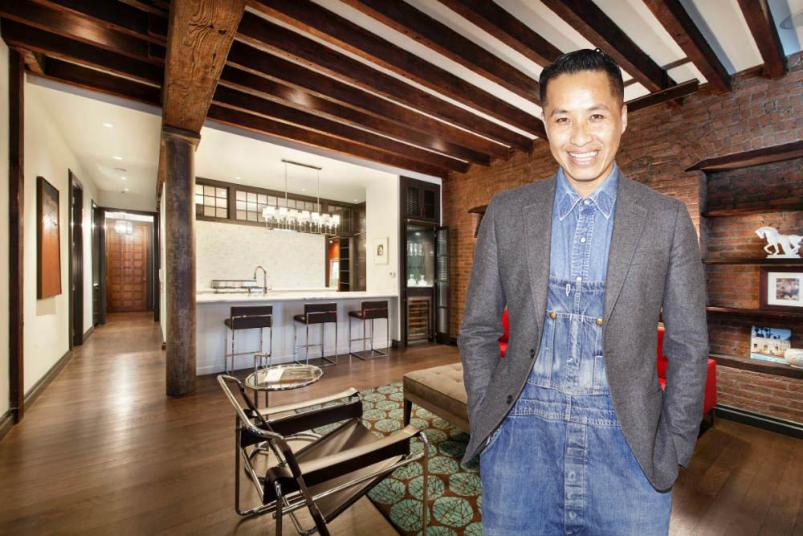 Noted fashion designer Phillip Lim has signed a six-month, $12,500-per-month contract for a pad at 35 Bethune Street in the West Village while he awaits the completion of the $1.85-million condo he bought last year at 19 Greene Street.

Lim has an affordable clothing line expected to grace the racks at Target starting September 15th. His pricey temporary dwelling is a sprawling 1,195-square-foot, two-bedroom, two-bathroom condo in the Pickwick House at 35 Bethune Street. It features fireplaces, walnut hardwood floors, customized doors, and a kitchen laced with Carrera marble.

Keep in mind that he is still awaiting—as are we all!—the completion of his highly anticipated store on 48 Great Jones Street that will comprise 3,500 square feet of his fabulous collections.

Knowing how highly anticipated the opening of his store is, he actually has a “peep show” for his collection surrounding the construction site. This way, fans and perusers can see what they should expect come early 2014. That’s when the store is scheduled to be completed and the doors opened—this on top of the fact that he already has a smaller store open at 115 Mercer Street.