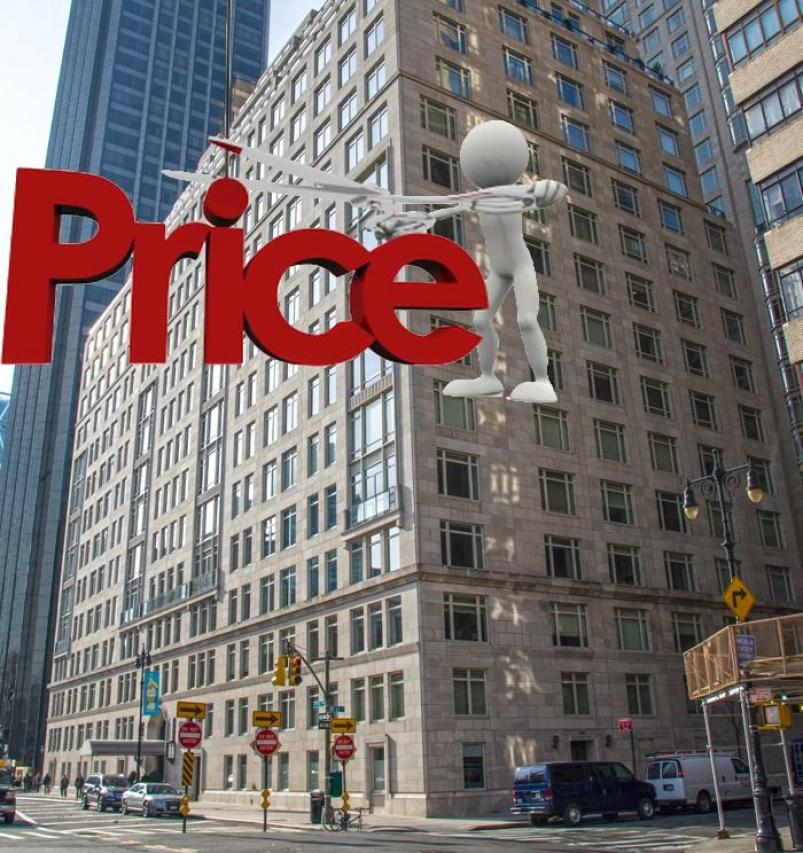 Apartment 35-S inside 15CPW has been on the market since October of last year, and evidently there’s no buyer in sight. The logical solution? A price cut. The unit, listed with Emily Beare of the Core Group, is the building’s only post-construction combination unit, and it features great eastern, western, and southern views. Nevertheless, there’s still no buyer. Originally listed for $95 million, the price just dropped to $85 million. If it sells at this price, it will be the second-most expensive apartment ever sold in the building. The most expensive to date was sold in February of last year for $88 million to Russian billionaire Dmitry Rybolovlev, who bought the building’s penthouse for his daughter.

The 35-S condo has 12 rooms, 5 bathrooms, and 6 bedrooms. Unfortunately, neither the floor plan nor the listing provides the square footage. Also, there are no photos unavailable. Actually, the listing doesn’t say that much about the apartment other than the great views, the unit’s allocation, and the fact that it has a large, close kitchen, two laundry rooms, a gallery area, and abundant closet space.

15 Central Park West currently has seven condos for sale, the second-most expensive of these, a 2,909-square-foot, three-bedroom unit, bears a price tag of only $26 million.