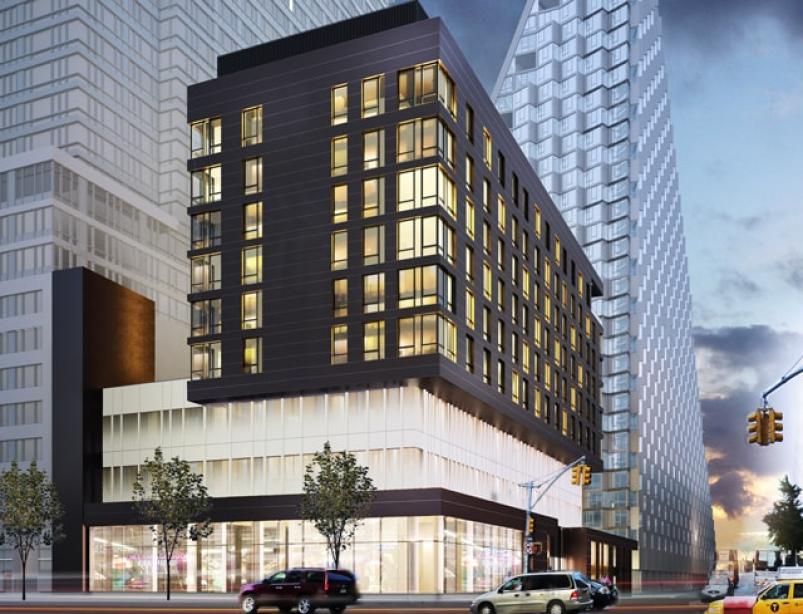 The Durst Organization, the developer, apparently feels more than comfy on the block between 11th and 12th Avenues, bounded by 57th and 58th Streets. It all started with The Helena, the rental building that opened in 2005. Durst continued next to the Helena with New York City’s very first pyramid—or, as the designer likes to call it, a tetrahedron. It is nearing completion and should open its doors with 709 rental units sometime this year. One vacant parcel—600 West 58th Street—was left on the block, and Durst filed permits for it in 2014.

The newest renderings and details for 600 West 58th Street show a rental building with 65 apartments of which twelve will be affordable—that’s in order to enjoy NYC’s affordable housing tax exemption. It will be ten floors high and have 120,000 square feet that will be divided into commercial and residential space.

The building is slated to open in late 2016. By that time, the second largest NYC development—the Riverside Center—will be nearly completed with hundreds of thousands of square feet of retail and office space. And it will be just one block away from Durst’s 600 West 58th street, which will make the location even more appealing as it already is.