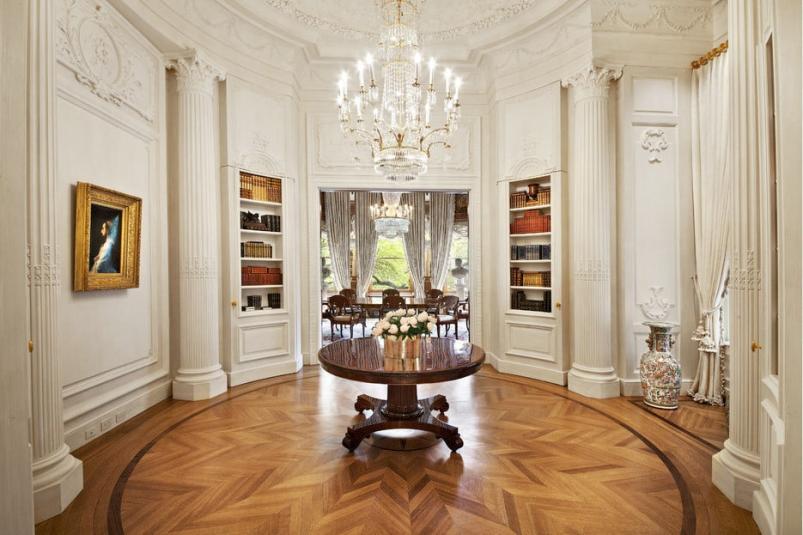 Roman Abramovich, the Russian billionaire, is planning to purchase a historic mansion on Fifth Avenue for a jaw-dropping $75 million! This will win first place for the most expensive purchase of a New York City co-op—ever!

Abramovich and partner Dasha Zhukova are in contract for the luxurious 22-room 828 Fifth Avenue residence, which includes eight bedrooms, 10.5 bathrooms, ballroom, gym, and library decked out in a rather interesting hybrid regal/contemporary decor.

If the deal does indeed go through, the couple will break the city’s previous most expensive co-op purchase record set by David Geffen last year when he plunked down $54 million for famous socialite Denise Richard’s co-op.

We know that the couple’s potential co-op purchase comprises the four lavish units that were combined by its previous owner, Howard Ronson, who unsuccessfully set out to buy all nine of the building’s units and transform them into one large manse. What we don’t yet know about Abramovich’s acquisition is whether or not he somehow managed to snag all nine units or is settling for the four.

Abramovich, who supposedly became ridiculously rich off secret Soviet gasoline, is quite well known for making large purchases. These include a British soccer club for $220 million, a ton of yachts, and several extravagant estates around the world.