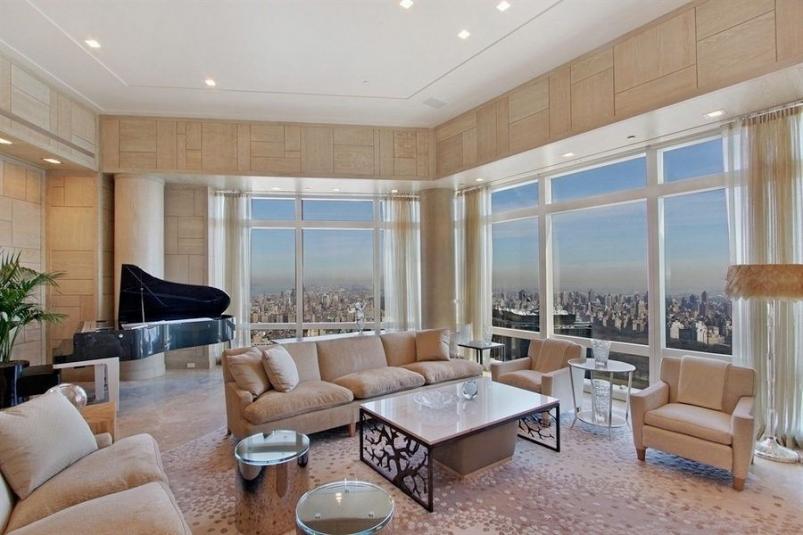 Billionaire heiress and recent NYU graduate, Anna Anisimova, has listed her Time Warner Center Penthouse on the market again for a casual $50 million asking price. This 75th floor dream home returns to the market, at the same price from April 2012, due to Anna’s desire to move to Los Angeles and launch her acting career.
Don’t worry if the asking price is out of your budget, Anna is also willing to rent the pent house for (only) $70,000 a month. A bump up from the $60,000 monthly rent Anna charged one lucky tenant, after the failed listing in 2012.

The 75th floor, 3,923 square-foot, 3 bedroom condominium features floor to ceiling windows with both views of the city skyline and Central Park. Originally purchased by Anna in 2004 for a mere $9.86 million, the condo features a marble bathroom with rain shower and mosaic Jacuzzi tub.