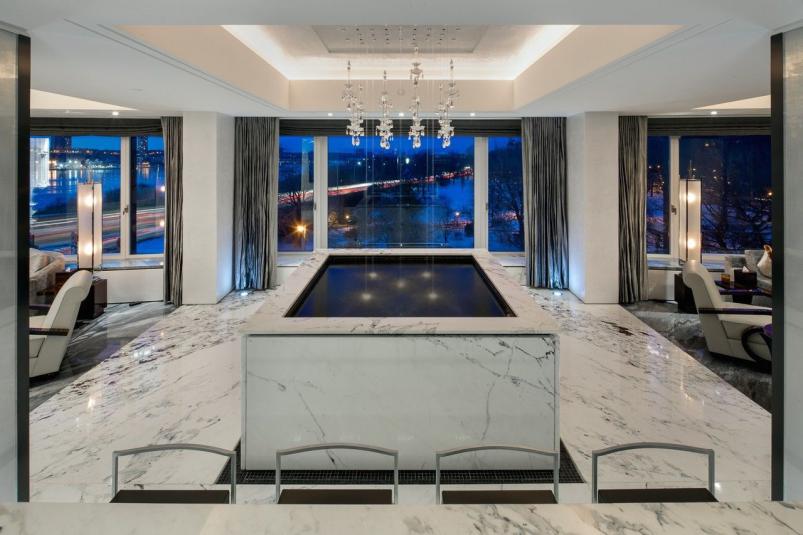 The Heritage at Trump Place, 240 Riverside Drive, already has three penthouses on the market that range from $17.5 million up to $35.495 million. Judging by the price they must be extravagant, but none of them comes even close to the newly listed penthouse.

This latest penthouse coming onto the market is a 10,500-square-foot triplex boasting three bulletproof panic rooms, a sushi island bar, a billiards room, a fitness center, a ventilated cigar room, several built-in saltwater aquariums, a hair salon, a sixty-foot living room and an oversized Jacuzzi that will accommodate six people—and everything, of course, is fully automated with smart-home features. Perusing all the features, one would think it must be a fun nightclub in Las Vegas.

The penthouse first listed in 2013 for $75 million, but for some strange reason nobody felt like anteing up that much for an apartment with four bedrooms, four bathrooms, and six half-baths.

This newest effort in seeking a buyer is supported by none other than Ryan Serhant, broker for Bravo’s Million Dollar Listing show. The seller is listed as a corporation, but a lawsuit relating to a past sale in the building identifies the principal of that corporation as Saudi Prince Nawaf bin Sultan bin Abdulaziz Al-Saud. 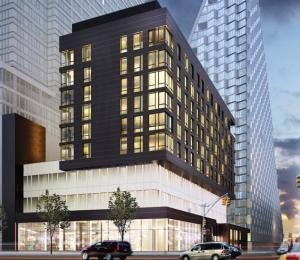