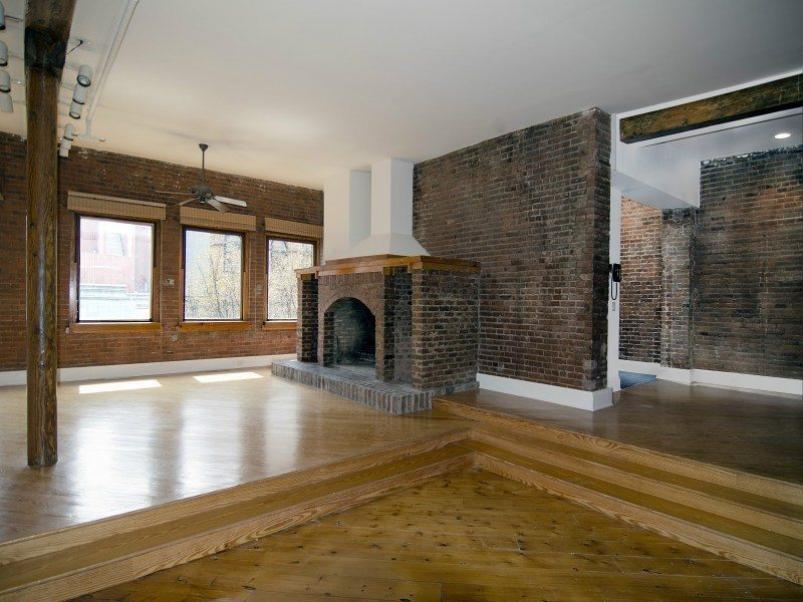 Pop icon, Yoko Ono, has decided to finally try again to sell her son's old "horse-stable turned posh condo" home in the West Village--now for a rather modest $6.5 million.

The ruggedly chic co-op apartment is at 49 Downing Street and still features plenty of wooden beams, exposed brick, and working fireplaces that would make it quite the ideal abode for any "urban country" dwellers looking for a Village home.

The three-bedroom, three-and-a-half bathroom, 5,700-square-foot apartment, originally listed for $8.9 million back in July, is now being re-listed by Sotheby's for $6.5 million.

We don't know why exactly this apartment, that is being advertised as "one of a kind" and as a place to create a rather "unique live/ work-life", would need its pricetag cut; but perhaps it will see success this time around.

Ono, 80, had filed a lawsuit last month against the apartment's co-op board claiming that they ruined a potential sale from a promising family when they created "arbitrary conditions" that ultimately squashed the deal.

Ono, who is known for being quite the avant-garde artist and activist, herself has lived in the luxury Upper West Side building The Dakota for decades. She only purchased the Village apartment in 1995 for her son, Sean, who lived in it for just a few years before moving on.

Ono is currently exhibiting her collection of retrospective art in Sydney, Australia titled War is Over!(If you want it) at the Museum of Contemporary Art.