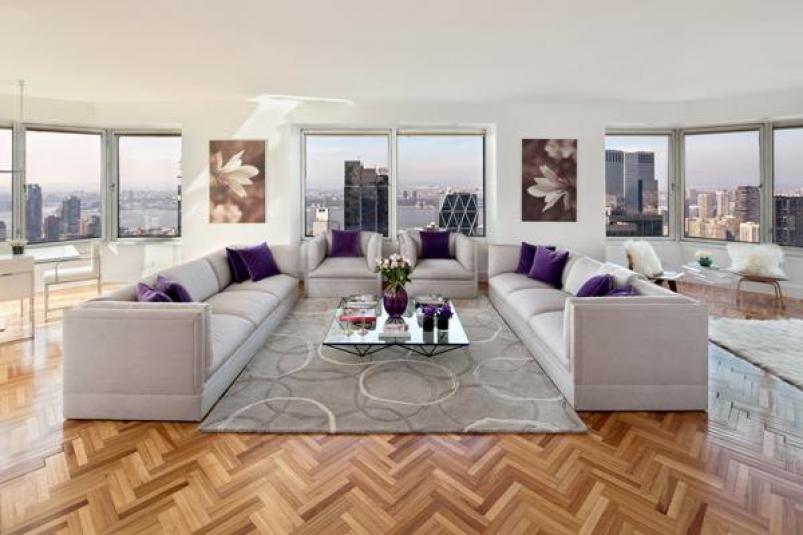 City Spire has made some buzz with its latest $100 million penthouse and simultaneously endured some criticism for being overpriced and a matter of taste.

However, not with this latest listing. It might not be on the 75th floor, but it still has some amazing views being on the 63th. The 1588-square-foot condo hit the market just 3 days ago with a $3.5 million asking price. The apartment has 5 rooms, 2 bedrooms and 2.5 bathrooms. There’s actually nothing to complain about. The design is simple, the views are amazing and room arrangement is convenient. The only major drawback could be the undersized kitchen. If you love cooking, this pad might not be the right deal for you.

The City Spire is a full service Condominium standing proudly right in the middle of the city. It offers its residences a wide range of amenities including a large fitness center, swimming pool, sauna, spa, steam room, valet, conference room and maid service, just to name a few, though, a few of the amenities make you realize that the 1987 built building has aged a little. The views of some top apartments have suffered with the raising of One57 and might worsen with new planned buildings on 57th street.