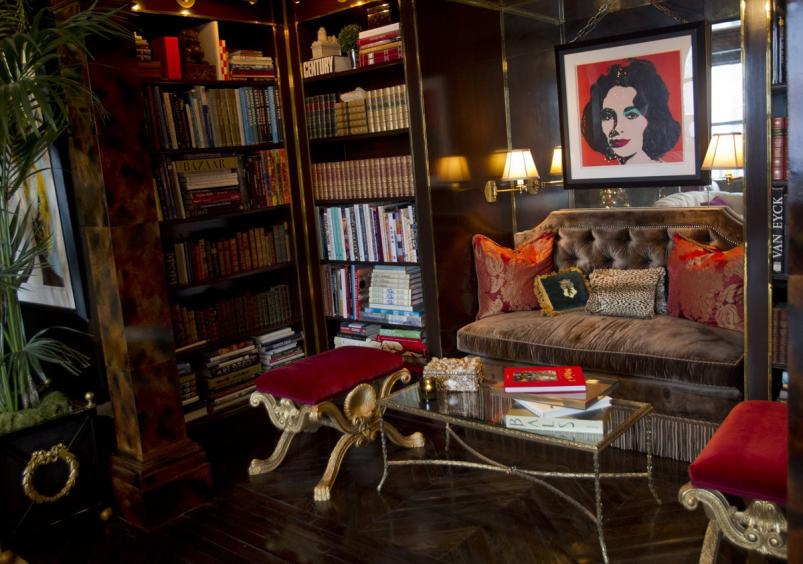 The sprawling Plaza Hotel home of world-famous fashion designer Tommy Hilfiger is hitting the market for a whopping $80 million, which might not be that outrageous considering that he created this duplex by combining it with two other dashing units along with some additional perks.

Hilfiger, 62, purchased the units in 2008 for $25 million and renovated them into one massive 6,000-square-foot home for an additional $20 million. The resulting duplex features four bedrooms, one of which is an “Eloise” style bedroom with jaw-dropping 35-foot ceilings, and another is a nautically themed children’s bedroom equipped with a fetching bed in the style of a small boat. The potential buyer will also enjoy a private terrace with breathtaking views of Central Park and 5th Avenue.

Throughout the 768 5th Avenue pad there is plenty of artwork and classic paintings on which to feast one’s eyes, with pieces from Andy Warhol to Bert Stern—which does make one wonder if Hilfiger is willing to include any of the priceless paintings in the deal! He and his wife, Dee Ocleppo, rarely spend time at their Plaza pad, as they can usually be found at their 22-acre estate in Greenwich, Connecticut—so they couldn’t really be in love with the paintings, could they?

Yes, yes, it’s a longshot. But $80 million ought to include a piece or two. If not, the potential buyer will at least also get neighbors who include royals, moguls, and CEOs, like New England Patriots owner Robert Kraft and a Qatari princess—which would at least make for an impressive house warming.