Lindsay Lohan Movin’ On Up With SOHO Pad 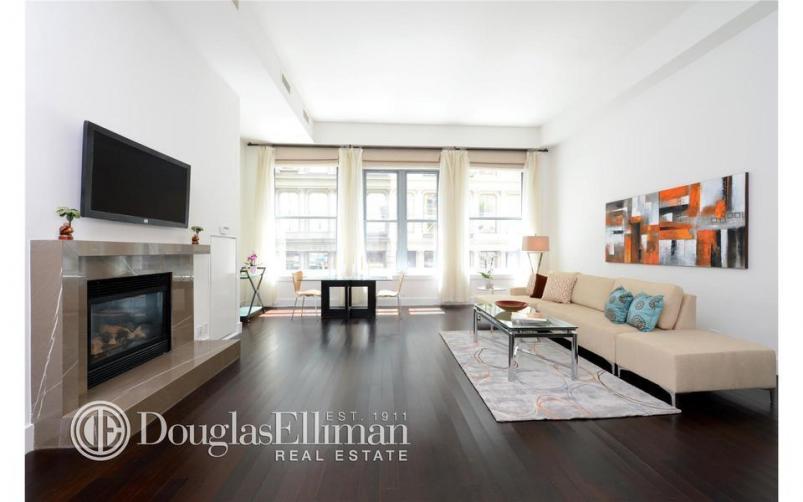 Lindsay Lohan’s recently revealed posh new $16,800-a-month SoHo digs are quite the improvement from her modest Village abode this past summer—that ran only about $3,000 a month, celebdigs reports.

The rehabbing star recently acquired a 92 Greene Street three-bedroom, three-bathroom condo loft triplex that has been decorated (since the Elliman pics) in cream-color shag rugs and antique bedroom furniture that accentuate the unit’s dark Brazilian hardwood floors throughout. The unit also enjoys a marble bathroom, generous 500-square-foot outdoor terrace, and a master suite on the top floor with custom closets.

So how is Miss Lohan garnering that amount of dough each month for such an amazing 2,200-square-foot NoLita place? (We know you were thinking it.) Well, her “mentor” Oprah Winfrey is rumored to have a hand in it all—a big hand! She has placed Lohan in this doorman and concierge manned building for her up-coming reality series with OWN, Winfrey’s cable network.

The troubled star had moved into her previous six-story walkup at 176 Thompson back in August right after she was released from rehab, according to theRealDeal. However, she was spotted looking into a sprawling 1,734-square-foot two-bedroom two-bathroom rental in a private “maisonette” townhouse at 32 West Ninth Street a mere month later, before ultimately deciding on this rather significant upgrade.