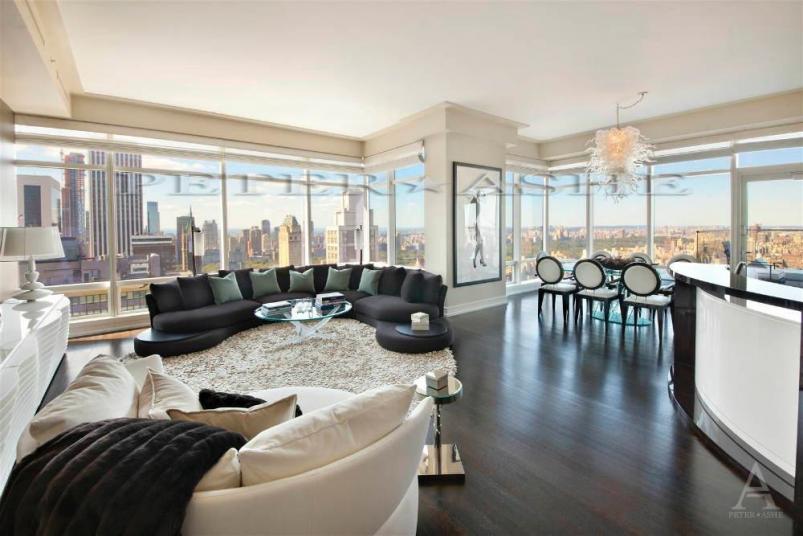 James H. Dhal, an environmentalist and founder of the Florida-based Rock Creek Capital and his lovely wife Kathleen Dahl have sold their ultra-luxury, three-bedroom condo inside One Beacon Court at 151 East 58th Street for $13.5 million. The asking price for the apartment was $13.57 million and was listed in August 2012. The deal closed on December 28., right before higher capital gains tax would threaten the Dahls. Just in time to avoid the fiscal cliff.

The Dahls bought the pad in 2005 for “just” $5.49 million, making $8 million on the sale in just seven years. That’s 2.5 times more than the buying price. That’s what we call an awesome investment.

The deal also set a new price-per-square-foot record for the building, $5,622 per square foot, which goes into the pockets of the Dahls. The apartment has 2,415 square feet including a massive, 750-square-foot terrace.

The apartment sits on the 32nd floor and has 6 rooms, 3 bedrooms and 3.5 bathrooms. The massive, 11-foot tall windows serve light flooded rooms as well as great views of Central Park and the city. One of the biggest factors for the high price for this relatively small condo was probably the incredible view.

The apartment was listed with Asher Alcobi of Peter Ashe’s and Bruce Silverman of Halsted Property.