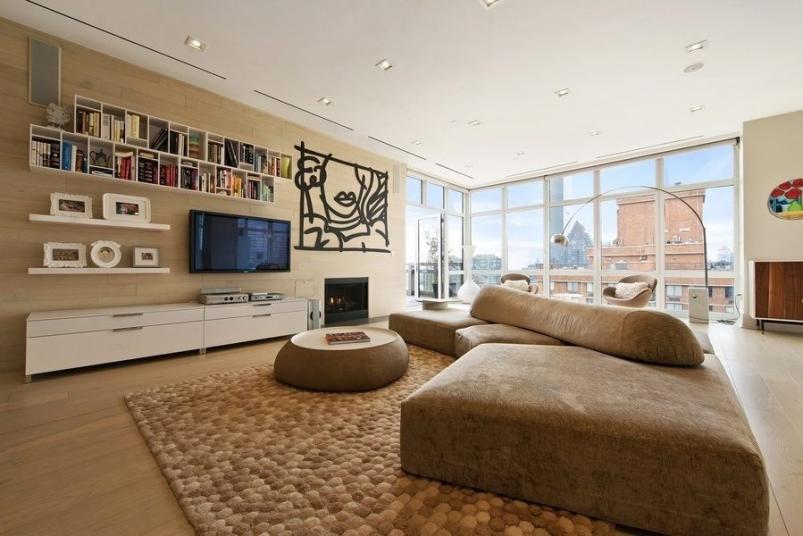 Modern Family star Sofia Vergara is apparently moving into the “The Wolf of Wall Street” featured Milan Condominium at 300 East 55th Street, since her fiancé Nick Loeb has just rented an apartment there.

The Milan building, that houses Vergara and Loeb’s luxurious new apartment, can indeed be seen in Martin Scorsese’s latest flick as one of its penthouses served as the abode of Leonardo Dicaprio’s character. The posh building has also been featured on several TV shows including “Gossip Girl”.

Loeb, the owner of Onion Crunch, already had an apartment in Chelsea before deciding on this handsome upgrade, while Vergara has remained bi-coastal; going between New York and Los Angeles for the tapings of Modern Family.

The 2,505-square-foot ‘Wolf’ penthouse is actually being listed for $6.5 million by Million Dollar Listings star Ryan Serhant. The unit boasts a 200-foot terrace, two fireplaces, and recent renovations on its kitchen and bathroom that now enjoys floor to ceiling marble. No word yet on how much Vergara and Loeb’s unit costs a month, but our guess is a lot. Just take a look at the ‘Wolf’ unit’s pics.