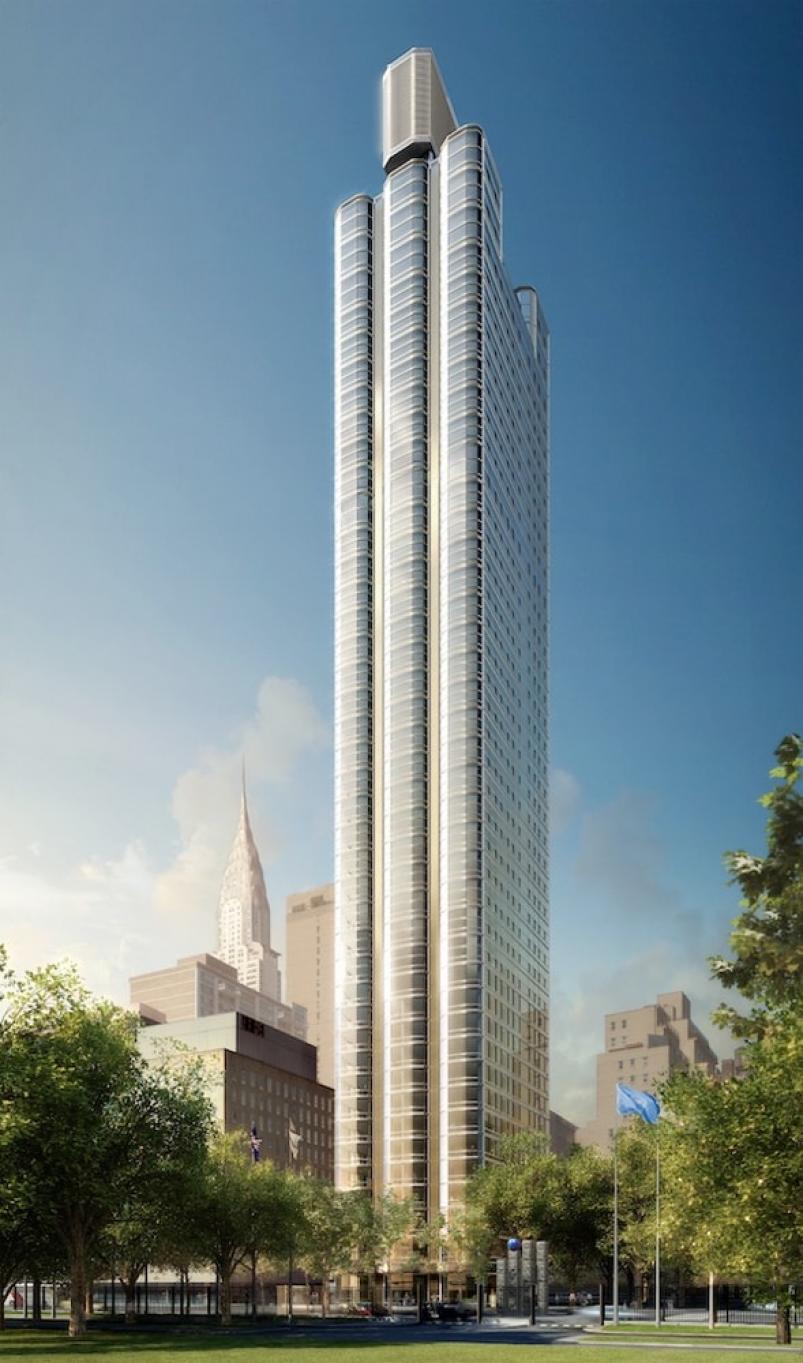 50 United Nations Plaza is still under construction, but the asking price for the top penthouse is a staggering $100 million! Yes, although the newly listed incomplete unit will be comprised of 15,597 square feet, the price tag is still pretty astonishing.

Located a stone’s throw from the United Nations building between First Avenue and 46th Street, the highly anticipated triplex is slated to have 14 bedrooms, 13 bathrooms, 1,500 square feet of outdoor space, a fireplace, and a fabulous infinity-edge pool—which, by the way, is a feature that is all the rage right now.

Some of the condos in the 44-story building are slated to start at $2.5 million with units—OK, not as grandiose but—ranging in size from 2,000 to 3,000 square feet or more with many featuring at least private libraries instead of pools.

The 88-unit tower with the colossal penthouse sitting pretty on top is scheduled to be completed come December 2014 by Zeckendorf Development.