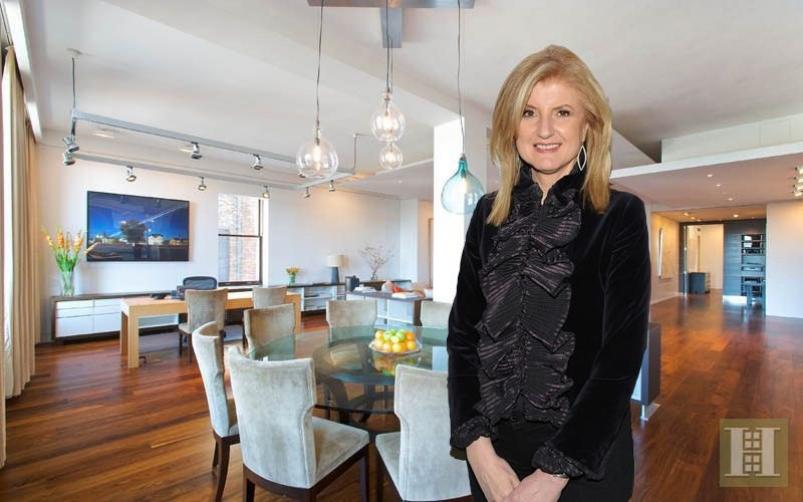 158 Mercer Street is experiencing quite the celebrity traffic. Just last week we reported that rock star Jon Bon Jovi threw his 158 Mercer Street penthouse on the market. Now we learn from the New York Post that Huffington Post founder, Arianna Huffington, bought a condo inside the 158 Mercer Street building for $8.15 million back in December. Arianna, like many others, apparently rushed into the deal before the end of 2012 in order to avoid higher taxes in 2013.

So let’s take a look at the blogging queen’s new apartment. The 4,177 square foot condo consists of seven rooms. The master bedroom has direct access to the master bathroom and there are two smaller bedrooms, each with a bathroom. The living room is tremendously spacious and can accommodate any kind of entertaining. The large, professional gourmet-style kitchen is an open kitchen furnished with metallic appliances and directly connected with the living room.

Besides these great features, the apartment has wide-plank floors, high ceilings, its own laundry room, and a large walk-in closet/room.

This historical building, which is located at the intersection of Prince Street and Housten Street and enjoys the security of a full-time doorman, was built in 1895 and converted to condominiums in 1996.