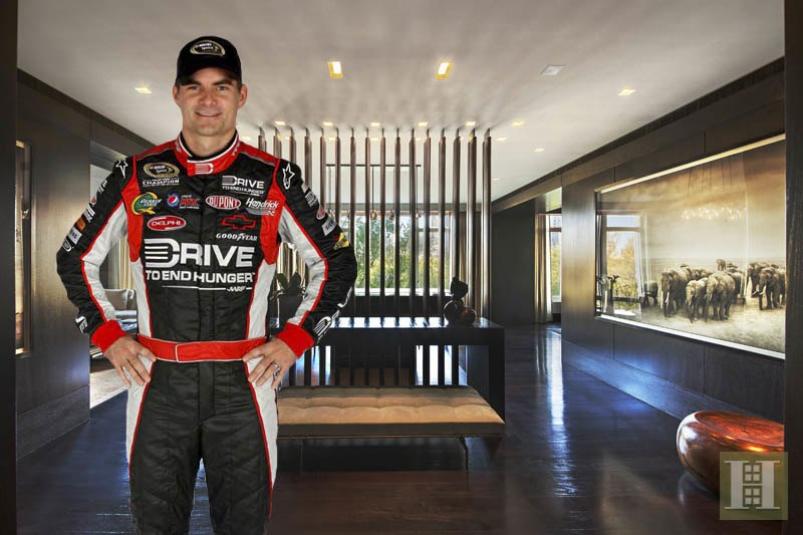 The NASCAR champ and his wife, Ingrid Vandebosch, bought the 3,454-square-foot apartment for $9.67 million back in 2007. For most people, a $30 million pad would be their main residence but, if you’re as successful as Jeff Gordon, things can be different. Jeff’s main residence is in Charlotte, North Carolina—he just used the 15CPW condo as his New York City pied-à-terre.

The condo has seven rooms, three bedrooms, and three and a half bathrooms. And it would seem that either Jeff or his wife has a thing for brown interior design because the apartment walls, furniture, and pieces of art all appear to be coordinated in brown tones. Nevertheless, it’s a beautiful, modern designed apartment and its floor-to-ceiling windows offer amazing Central Park Views.

The 15 Central Park West building was designed by star architect, Robert A.M. Stern, and is known as Manhattan’s most exclusive address—and the number one target for the super rich. Just last year it sold an apartment for $88 million and set a New York City record!

The exclusive agent for this listing is Nora Ariffin of Halstead Property.