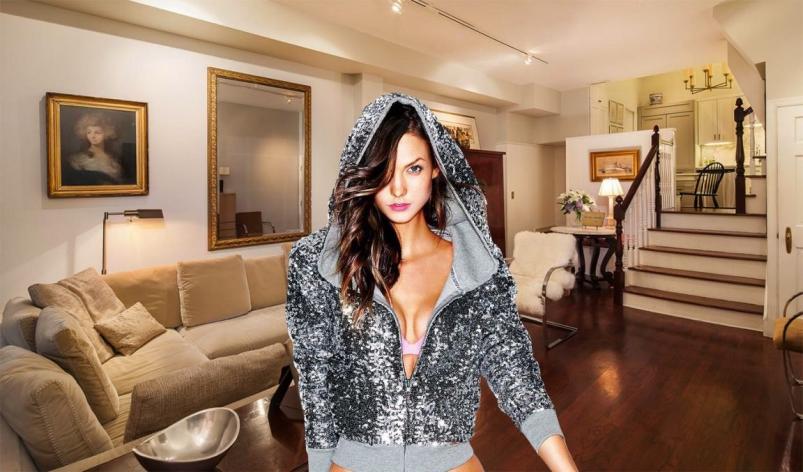 American model Karlie Kloss has bought her "very first home" in NY, a West Village co-op worth $1.97 million. Karlie recently stated that she’s been traveling back and forth between St. Louis and New York for the past five years and cannot wait to have her own place in New York. Besides this, she has also just received the honor of being number two on models.com's Top 50 Models Women.

Karlie's recently purchased pad had been on and off the market since 2008 with an initial asking price of $1.95 million. It dropped down to $1.495 million in 2010 and bounced back to $1.995 million in 2012 right before Karlie snagged it for $1.97 million. The unit was brokered by Debra Kameros and Susan Weiner of Douglas Elliman.

The most important feature of the apartment for a supermodel is probably the 20-foot custom closet. Quite enough space for Karlie and her rumored boyfriend Joshua Kushner, brother of real estate mogul Jared Kushner.

The building itself, located at 151 Charles Street crossing Washington Street and West Street, is a low-rise post-war walk-up built in 1980. Besides a front courtyard and a voice intercom, the building has no other amenities to offer. Though the front courtyard does come in very handy when it comes to privacy because of its high and secure fences.