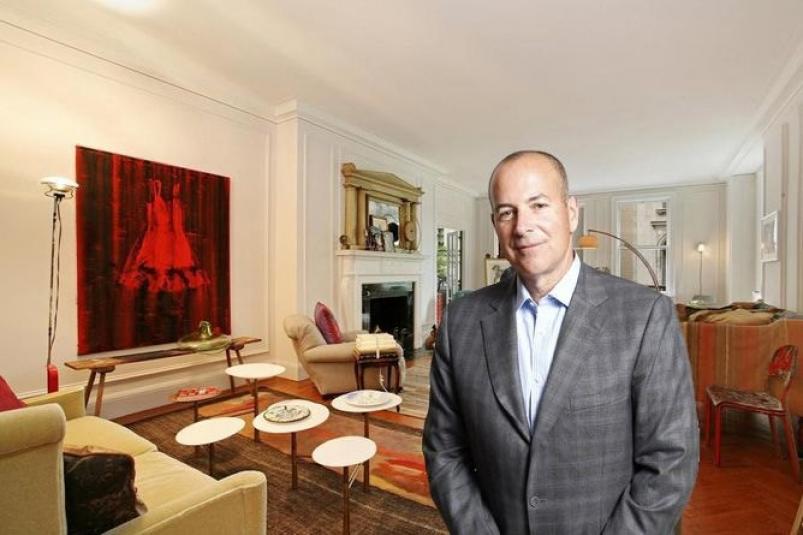 Glen T. Senk, former CEO and director of Urban Outfitters Inc, has sold his Upper East Side co-op for $5 million, according to city records. Mr. Senk bought the UES pad at 1060 Fifth Avenue for $4.56 million in 2006. The initial asking price was $5.95 million back in January but it was reduced to $5.495 million and finally sold for $5 million, after it had been on the market for over 41 weeks. Betsy Green of Prudential Douglas Elliman exclusively brokered the apartment until May when her exclusive expired. Leighton Candler of The Corcoran Group successfully took over the listing.

The 2,800-square-foot, 8-room, 3-bedroom and 3-bathroom luxury apartment is located on the third floor and has stunning pre-war details, high ceilings, a cozy wood-burning fireplace and is equipped with French doors. We noticed a very small eat-in kitchen, which could be the reason for the apartment being on the market for so long. The floor plan shows that a servant’s room takes space from what could be a chef’s kitchen. Let’s see what the new owner, David and Anne Altchek, make out of it. Until then there’s always Seamless.

Back to Mr. Senk, who resigned from Urban Outfitters right around the same time he threw his co-op on the market. He has since become the CEO of upscale jeweler David Yurman.