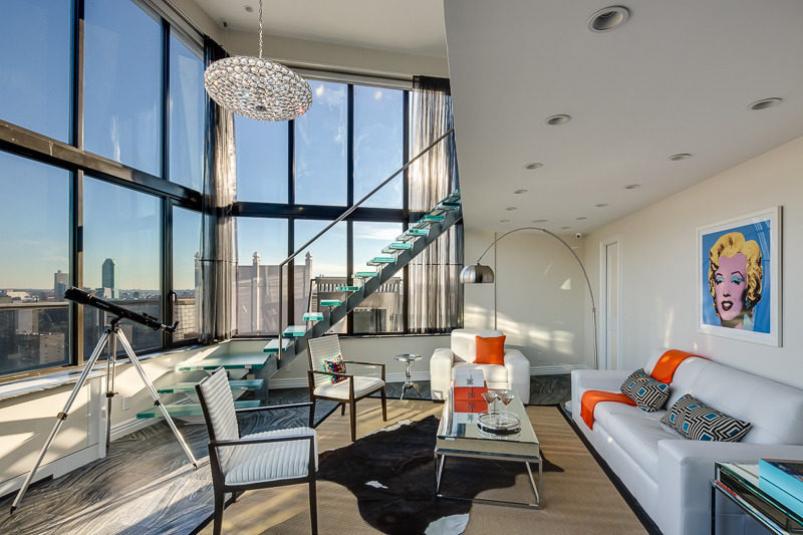 Frank Sinatra’s former penthouse is still on the market after being listed for over a year—despite dropping the price tag to $5.59 million and throwing in the furniture.

The 530 East 72nd Street penthouse that belonged to Ol’ Blue Eyes was originally listed by its current owner, insurance mogul Penny Hart, back in August of 2012 for $7.7 million. It had undergone several rather interesting renovations, one of which was the addition of a replica of the Apple Store’s signature glass staircase.

The three-bedroom sprawling duplex, which is rich in pop history, enjoys 18-foot ceilings, the unique presence of a putting green, ample closets, and a master suite. Plus the unit features a solar paneled wrap-around terrace—from which supposedly Sammy Davis, Jr., used to enjoy tossing glasses onto the FDR.

So why doesn’t anyone want to buy this iconic piece of property? Could it be that huge Apple staircase? We’re just saying.